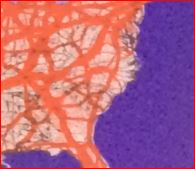 10 years ago they introduced incentives for people to purchase driverless cars. They also encouraged shared ownership designed to reduce the number of cars on the road. They have in fact reduced the level of car ownership, but instead of spending an average of 3% of their time on the road, just privately owned cars are doing 10 times the number of trips that the average car did and this is causing gridlock with major traffic jams throughout the country.

Take the example of the Jones family in Sherman Oaks, CA. Dad goes to work at 6 in the morning while Mum gets the kids ready for school. While they finish their breakfast the car is coming back from central Los Angeles to pick up the kids, take them to school and then back home to Mum who has a part time job in San Fernando. She doesn’t have a car park, so the car goes back home and then the reverse happens in the evening. All in all the one car does around 11 trips during peak hours. Previously they had 2 cars, but they only did 4 trips including taking the kids to school.

One comment on “Driverless Cars Going Nowhere in America”