Well it hovered at the high $2.90’s a litre for about 6 months but now petrol is averaging $3.09.9 at the pump and it doesn’t look like it’s going to drop below $3 again. Between the political problems in the Middle East, North Korea and North Africa, America has been stockpiling much larger levels.

It looks like a major employment boom is starting in North America after approvals were given for fracking of shale rock and drilling oil in national parks. The Government said that this is unlikely to reduce the price of oil in New Zealand and that we should get used to it by investing in smaller cars and making better use of public transport. Of course the park and rides are so full by 7AM on the North Shore that people are forced to drive to work anyway. 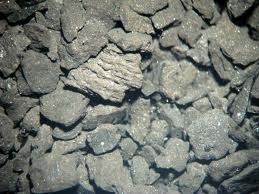 The Government has given approval for the first gas fracking operation in Southland on the proviso that a large fund is deposited to restore the national park to its previous condition once the operation closes. It has pretty much been accepted that NZ is very low in the pecking order as oil supplies gain increasingly higher demand in North America and the massively growing economies of China and India.